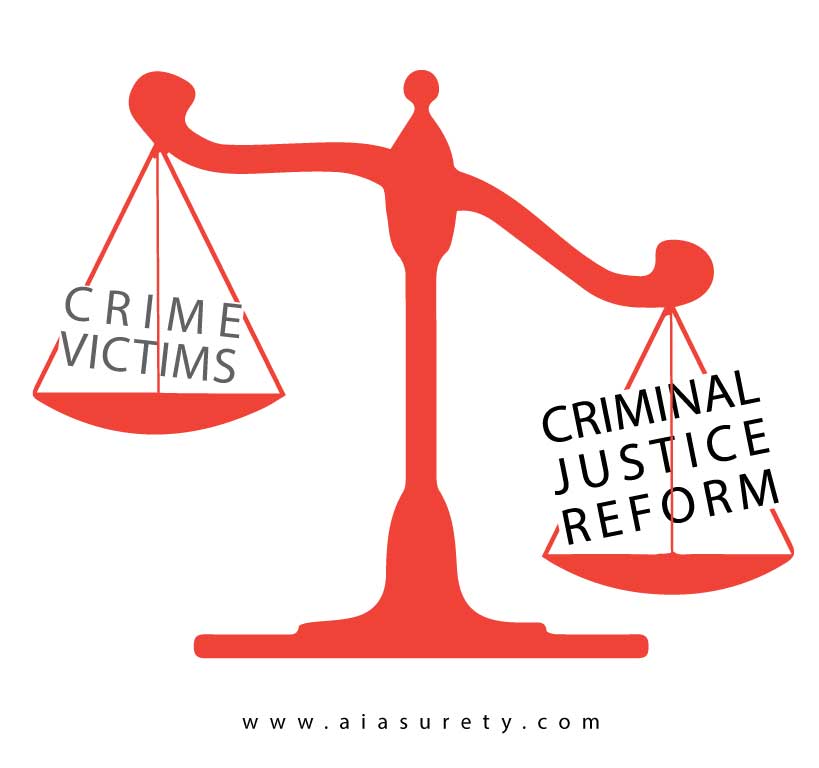 First off, I would like to apologize because it has been a while since I last wrote a blog. Maybe some of you are thankful for that absence, but hopefully many of you are pleased that I am back sharing my thoughts and displeasure with those who support the false narrative of bail reform. So here we go…

I got into work this morning and after getting my coffee, I opened my email. As usual, I received my Google alert for the terms “bail bond” and “pretrial release.” Included in this routine morning list of articles was one from a publication called the Crime Report entitled “Utah’s Drug Offense Spiking Despite Sweeping Reform: Report.” Now for most of us, an article titled such as this is not big surprise, right? We have all been in the business long enough to know that every time a government agency tries to improve the criminal justice system, things do not seem to get better, only worse. Why? Because those who make up our state legislature do not seem to understand that our criminal justice system is all about balance. There is a reason that the symbol of a scale is used to represent the law. It shows that justice needs to be served to the individual accused and the individual harmed. But apparently this concept of balance is something that our state legislatures ignore. Instead they place their thumbs on one side of the scale, hold it down and call it reform.

Anyway, back to the article. The article covered a recent report measuring the success of the Utah’s 2015 Justice Reinvestment Initiative. In typical fashion, the results all but proved for the most part, that the program failed. Low level drug offenders are not staying out of trouble but according to the article, are instead “finding themselves back in court facing new charges, more often, not less.” Of course, the reasoning for the failure of the program was not that it was a bad idea to start with or that it was poorly thought through. The reason was the same that all failed government programs use, they didn’t have enough resources. Specifically, in this case, there was a “hefty workload for probation officers” and “inadequate treatment options.” In other words, they did not have enough money/resources.

So, let us get this straight, Utah created a program to help drug offenders and did not staff it well enough and did not provide good treatment programs. Aren’t those literally the two most important things to think about when you are creating the program in the first place? Also, if you think about it, shouldn’t those be the easiest things to do, right? It is pretty unbelievable. If you listen close enough, you can almost hear the money being flushed down the toilet.

Just when you thought it could not get any better, here is the best part. According to the report, the program was not a complete failure. In fact, the report touts that the program did have success in lowering the prison population and lowering the cost and increasing the capacity of the prison system. HOW IN THE WORLD ARE THOSE METRICS CONSIDERED A SUCCESS????? If you were in charge and released all your drug offenders out of prison, what would be the important metrics that you would measure? How many bodies are left? I do not think so. Maybe look at drug use recidivism rates? Maybe examine drug program success rates? Maybe determine crime recidivism rates? Maybe look at re-arrest rates? The last metric that has any significant meaning at all is how many people are left in prison. It is complete nonsense.

If you really think about it, the only reason to EVER have an empty prison is because there are not enough people committing crimes to fill it. Wouldn’t that be nice? Letting all the problem folks out of prison and then claiming success that the prisons are empty while the people that should be in the prison are out committing additional crimes is not reform and not success. It is just plain stupid and dangerous.

When in the world will these criminal reform activists realize that real reform has to occur further up the value chain. Waiting until people commit crimes is too late to create meaningful reform. Teaching people not to commit crimes at an early age would be more effective, don’t you think? The problem with these failed criminal justice reform efforts like this one in Utah is that they are extreme overpromises with very little substance. Our legislators make consequential decisions with little knowledge or experience of what the problem really is. How can you begin to solve the problem if you do not even know what the real problem is? Overcrowded jails and prisons are not a result of too many people being physically in the jail or prison. Overcrowded jails and prisons are a result of too many people committing crimes. So, the solution should not be letting people out of jail, but rather it should be keeping them from going there in the first place, by teaching them not to commit crime. Teach people the importance of family, education, and a strong work ethic. And just for the record, lowering crime rates does not mean decriminalizing crimes in order to do so, it means teaching people not to commit crimes.

As I mentioned earlier, our justice system is represented by a scale for a reason. Our legislators need to remember that when they recommend and implement these programs. You cannot just let people out of jail in mass without tipping the scale of justice against the public and victims of crime. On the other hand, if you put too much weight on the other side of the scale and just lock up everyone accused of a crime up in jail, you will not have balance either. There needs to be solutions that take all parties into consideration. Maybe that would be a better goal for reform. Ensuring that our justice system provides balanced and meaningful solutions that do not show favor to criminals or victims, but rather show thoughtful measured solutions that keep us all safe in a fair and responsible way.

As long as the government criminal justice reform programs are allowed to continue to eat up valuable taxpayer dollars with little to no results, the scales of justice will continue to stay out of balance. As long as we keep avoiding the real problem of overcrowded jails and prisons, we will never have that essential balance. Once we can get past the crazy bail reform and elimination narrative, maybe we can all sit down in a unified way and actually come up with a true comprehensive solution that addresses both sides of the scale, the criminal and the victim. That would be reform I think we could all support.