The following is a list of resources and research studies available to the bail bond industry. Please select the resources you would like, provide your name and email in the pop up below and your documents will be available to download.

Click on any of the below bail bond related articles and resource links.

Sheriffs Survey Results: Sheriffs Give the Bail Industry a Big Thumbs Up

Check out Brian Nairin’s Blog: Brian is a nationally recognized expert in bail law who graduated with honors from Loyola Law School and was admitted to the California Bar in 1989. In 1997, Brian became President of Associated Bond. In the same year, he was elected President of the National Association of Bail Insurance Companies (NABIC), which was recently replaced by the American Bail Coalition (ABC). Brian serves as an officer of International Fidelity Insurance Company (IFIC) and Allegheny Casualty Company (ACC). In 2003, the bail underwriting functions of IFIC and ACC for the entire United States were moved to Calabasas in 2003 under the direction and leadership of Brian where he became President and CEO of what is now the AIA Family of Companies. Additionally, Brian has served as the primary educator for the California Bail Agents Association’s (CBAA) continuing education curriculum. Moreover, Brian has been retained to serve as an expert in numerous litigation and regulatory matters relating to bail. He has also served on the Board of Directors of Strike Back!

Check out Jerry Watson’s Blog: Jerry Watson serves as Chief Legal Officer to AIA, Senior Vice-President and Legal Counsel, Bail, at IFIC. He is the immediate past Chairman of the Private Enterprise Board of Directors of the American Legislative Exchange Council (ALEC) – America’s largest bi-partisan state legislator member organization on whose board he has represented the commercial bail industry for the past 15 years. He has also served as General Counsel of the American Bail Coalition since its founding and is a member of the Bail Advisory Council of the Surety and Fidelity Association of America (SFAA). His undergraduate and law degrees are from Baylor University and he is a graduate of the National College of Criminal Defense Attorneys and Public Defenders. He has testified as an expert on bail in various state and federal cases, among them being the country’s largest bail related damage suits. In Jerry’s 46 years in the bail industry, always as an attorney, he has represented local retail agents, general agencies, insurance companies and insurance companies’ trade associations before state and federal courts and regulatory agencies.

Get all the BAIL FACTS

19 BAIL FACTS that show how commercial bail plays an essential role in the criminal justice system as well as an important role in keeping our communities safer. 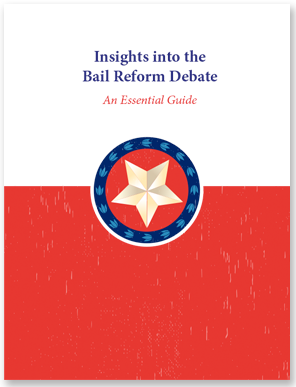 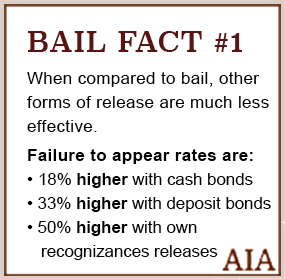 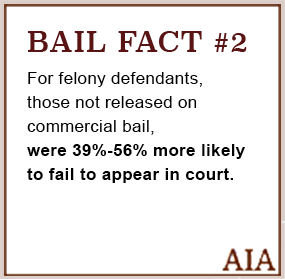 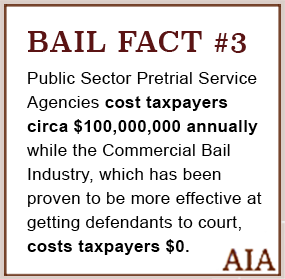 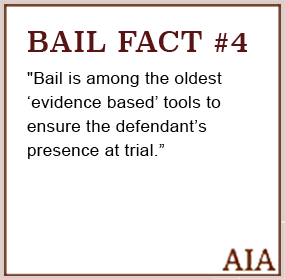 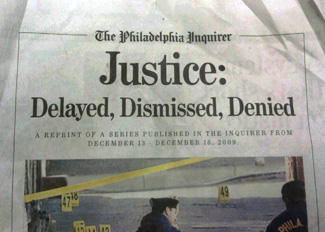 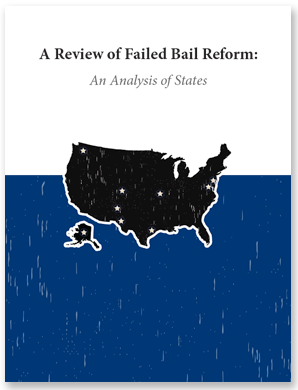 Out of 22,000 releases (felony and misdemeanor) in 2012 in Dallas County Texas, those released on a financially secured commercial bail bond were the most likely to appear for all court hearings.