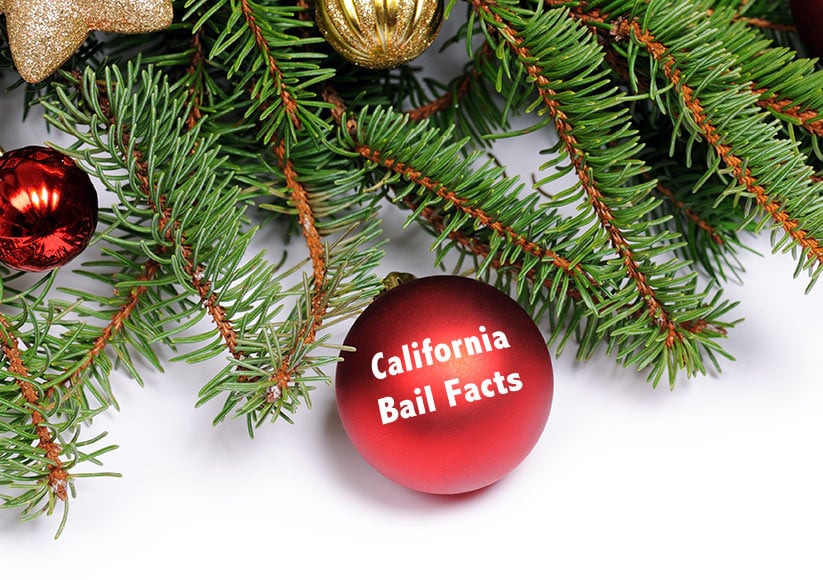 This week the Los Angeles Times Editorial Board published an article, “The Welcome but Glacial Dismantling of California’s Bail System”. I wanted to submit a rebuttal piece, but unfortunately the Los Angeles Times does not like publishing articles that challenge their own opinion pieces. For that reason, I just turned my response into my next blog post just in time for the Holidays. This is the rebuttal I would have written…

Dear Los Angeles Times Editorial Board, I thought I would respond to your recent opinion piece, “The Welcome but Glacial Dismantling of California’s Bail System,” with something that you forgot to include, some good ole fashioned “FACTS.” However, before I do, I want to be very clear on one thing…that I believe (along with pretty much every other supporter of the bail industry) that no one, and I repeat, no one should ever languish away in jail for the sole reason that they cannot afford to pay their bail. Additionally, no one who is legitimately indigent or who has special needs should ever be left to navigate the criminal justice system in darkness. I think we would all agree on these two points.

Here is the first fact that you failed to include in your editorial…based on California’s existing laws, there is already a remedy to prevent low level non-violent offenders from languishing in jail. Judges already have the discretion to release ANY defendant they choose to release on their own recognizance. That means, release them without having to pay for a bail bond (that thing the LA Times claims is keeping defendants locked up in the first place). If judges can already use their discretion to release defendants without a bond, then why do we need to pass SB10 and completely change a system that is working? Additionally, California also already has a robust network of taxpayer funded legal services and pretrial service agencies to assist those individuals who are unable to navigate the system alone. It appears to me that there are already multiple remedies in place to address the problem of non-violent, low level defendants languishing away in jail, one can easily see why California doesn’t need to pass SB-10 in November of 2020.

Second fact, thanks to California’s many criminal justice legislative achievements (said very sarcastically) over the past five years (most notably AB109 and prop 47), these so-called low level, non-violent, first time offenders that are languishing away in jail, the ones the LA Times is so concerned with, DO NOT EXIST. I am sorry to disappoint you with this fact. And trust me when I say that this is not a fabrication or mistruth. All one must do is conduct the simplest of simple Google searches to look at the population of one of California’s county jails and one can see who is there and why. Don’t get me wrong, first time, low level non-violent offenders absolutely exist in California, they just don’t exist in our jails. If you don’t believe me, just look at the Los Angeles County Jail, the nation’s largest jail, and probably a good example to review. A simple Google search for “Los Angeles County Jail Population” provides a link to a Los Angeles County Sheriffs annual report on…you guessed it…the Los Angeles County jail. This report is completed every year and is very easy to find, even for a large news organization like the Los Angeles Times. The report details who is in the LA County Jail and why.

According to the latest report, published in 2018, the pretrial population consists of approximately 7,207 (averaged over 4 quarters) or 42% of the total jail population. Just for the record, jails are designed to hold pretrial inmates (and people serving sentences shorter than a year), so to see a pretrial population of 70% or higher in a jail should not be a shock at all. Instead, seeing a pretrial population of 42% should be. That means most of our jail space (58%) is being used for convicted individuals. That should be alarming to Californians, and hopefully eye opening to the fact that we don’t really have a bail problem, but rather, we have a crime problem. I digress.

Back to Los Angeles County’s easily available but seldom used jail study. According to the study, 91% of the inmates being held pretrial in the LA County jail are there on “felony” charges, those not subject to pretrial release without bail. That leaves only 9% of defendants in the jail on “misdemeanor” charges (650 of the 7,207 inmates). Looking further, 54% of the inmates with misdemeanor charges have no “Hold” or “Mental Health Designation.” In other words, they can bail out on their own or with the help of a bondsman (299 of the 7,207 inmates). Breaking it down even further, if you eliminate misdemeanor crimes that involve violence against a person, involve weapons or involve sex crimes (a total of 169 inmates) you are left with 130 inmates who are in jail on what can be described as a low level, non-violent misdemeanor. That is 1.8% (130/7,207). Now how many of those people can afford to bail? I would say, the majority. But just to play the devil’s advocate, if you assume that only half of those can afford bail (extremely conservative), you are now under 1% of the population. So, for anyone to say (even a large national media entity) that our jails are filled with low level, non-violent misdemeanor defendants, is just false.

The last fact that I will share is one that you will never hear bail reform activists mention…so for that reason alone I feel obligated. Los Angeles County has had a large robust pretrial service agency for decades…over 60 years to be exact. And what is the role of a pretrial service agency? Great question. These government run agencies are responsible for assisting the members of the jail populations that either are low level, non-violent first-time offenders or those individuals that are indigent or with special needs. In other words, their one job is helping the very populations that bail reform activists claim are not being helped. These agencies should be handling the 1% that appears to be falling through the cracks. Once again, to blame the bail industry for something that it is not responsible for is just unfair and misleading.

If one looks at the simple facts, it is easy to see that California does not have a bail problem and does not need SB10. The right to post bail is constitutional and should be defended. California needs to figure out why its taxpayer funded pretrial services programs are not helping the small percent of people who are not bailing out. Eliminating one of the most effective, proven and necessary components of the criminal justice system, bail, with an ineffective government program is just flat out dangerous and irresponsible. According to all the facts, California’s bail system and criminal justice system work efficiently and effectively for the 99% of the jail population who uses it. Removing Californians constitutional right to bail through the passing and implementation of SB10 is a disaster waiting to happen. And with all of the natural disasters California faces each year, we don’t need the help!