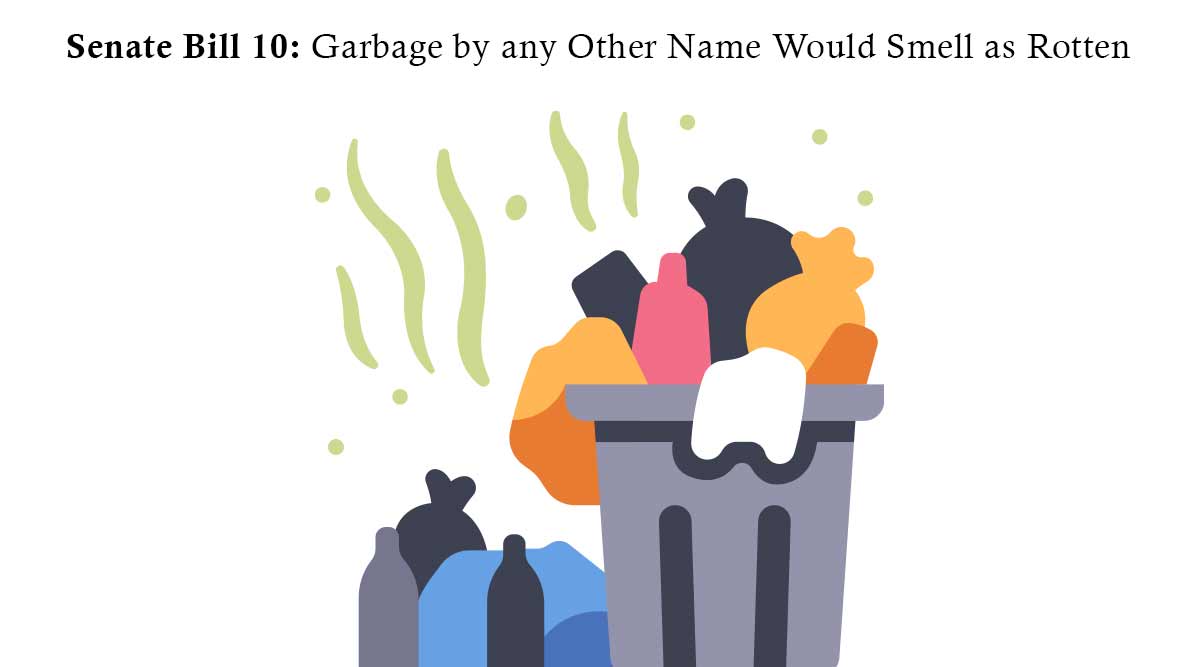 As many of you know by now, Governor Brown and the California Legislature sold out public safety and turned their backs on crime victims last month with the passing and signing of Senate Bill 10 back in August. This bill is so bad that every proponent in the Assembly felt the need to point it out right before they urged their colleagues to vote for it. Additionally, almost every civil rights organization that had supported the bill, had removed their support of the bill by the time of the vote. Just think about that. They admit that the bill isn’t perfect. They admit that it doesn’t do exactly what it needs to. And all the support of the bill by those who wanted things to change most was gone. But they go ahead and vote for it anyway. It is pure insanity.

Fortunately, for the rest of us who must live with this legislation, there are avenues in which to correct the wrongs that these misguided politicians make daily. One of these vehicles for correction is the referendum process. Upon signing of the bill, a coalition of bail agents and insurance companies jumped into action and immediately launched a referendum effort to put Senate Bill 10 on the 2020 ballot. If, successful, this referendum effort would put the final decision on SB 10 to the public to let them decide whether they want to release dangerous criminals into our communities for FREE. One of the first steps in the referendum process involves the California Attorney General and is around the naming of the initiative. The Attorney General of California reviews the paperwork to ensure all is in order, and then assigns a name to the referendum that will appear on the ballot if enough signatures are gathered. All in all, a pretty straightforward process.

But in typical California hyper-political fashion, even the simple naming of a ballot initiative must involve misleading and inaccurate information. Do you remember Shakespeare’s famous line, “A rose by any other name would smell as sweet”? Well in the case of Senate Bill 10, it is more like garbage by any other name would smell as rotten. California’s Attorney General chose the following name for the referendum, “REFERENDUM TO OVERTURN A 2018 LAW THAT REPLACED MONEY BAIL SYSTEM WITH A SYSTEM BASED ON PUBLIC SAFETY RISK.” Can you smell the garbage now?

Why is it that our politicians feel the need to mislead and misinform us about things that have a direct impact on our public safety? Why in the world do they seem to care so little about the law abiding public and our communities? Why do they only seem to care about the offenders and those committing the crimes? It just doesn’t make any sense. Titling a referendum to confuse the public into making a decision that puts them and their families in harm’s way seems unfair and irresponsible.

But in California politics, this is just par for the course. Remember proposition 47? It was titled “Safe Neighborhoods and Schools Act.” Another garbage name created to confuse and mislead the public…and it did. Californians overwhelmingly voted for proposition 47, because who doesn’t want safe schools and neighborhoods? The unfortunate reality is that proposition 47 should have been titled, the “It’s Good to be a Criminal Act” or the “Get Away with More Crimes Act” because that is what it really did. By decriminalizing a long list of felonies to misdemeanors, proposition 47 unleashed a whole new level of drug crimes and retail thefts across the state. Crimes that our elected officials still to this day fail to recognize or connect to their reckless legislation. They say things like, “we don’t have enough data yet to determine if it was caused by proposition 47” or they just flat out lie saying that “crime is actually down now.” It is really scary the more you think about the lengths they will go to justify and excuse their poor legislative decisions.

At the end of the day, who are we really kidding here? It is what it is. Did we think that they were going to make this easy? Of course not. We should consider ourselves lucky that they didn’t call the referendum something like “REFERENDUM TO OVERTURN A BILL, PROMISING FREE MONEY AND PUBLIC SAFETY TO EVERY FAMILY.” I guess we dodged a bullet if you think about it that way. Ultimately, what this really means is that we have our work cut out for us. We have until November 26th to gather over 500,000 signatures. As of last week, we are well on our way to accomplishing that task. Once we reach our goal of getting on the ballot, we will then need to shift the focus of our efforts on educating the public about this dangerous, irresponsible and costly piece of legislation. We will need to combat the lies and misinformation with truth and facts…something that we fortunately have on our side.

So if you want to keep California safe and protect our communities, get involved. Donate money to the referendum effort or offer to gather signatures. Any and all help is appreciated. We are in for the fight of our lives, not only as the bail industry, but as Californians. It is time to buckle up, bear down and come together.
Eric Granof is the Vice President of Corporate Communications for AIA Surety.