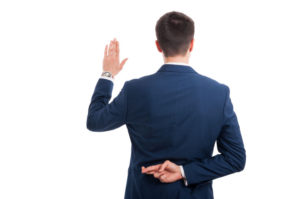 I know that it has been a while since my last blog post, but to be honest, I have been struggling with what to write about.  This whole bail reform movement has got me so confused and frustrated that I am not sure anymore on how to discuss, debate and comprehend the other side’s argument.  I have tried being diplomatic and understanding to their issue and looked for a middle ground, but unfortunately the other side doesn’t listen.  I have tried using facts and statistics disproving their position, but still they don’t listen.  I have even tried simple common-sense arguments that distill what some believe are complex confusing concepts down to easy to understand life examples, but once again, even that falls on deaf ears.  To say this is frustrating is an understatement.

This past week, something happened in California that really brought this frustration to light and hit home with me as to what our industry is struggling with.  California’s newly elected Governor Gavin Newsom decided to put a moratorium on the death penalty.  Now many of you might agree with Governor Newsom and think that the death penalty is wrong, but I really don’t want to get into that argument in this blog and that is not what my point is in bringing it up.  My point is that in the past 47 years, the citizens of California have voted not once, but ELEVEN times to keep the death penalty.  In fact, in the last election a few months back, not only did the people of California vote to keep it (once again), they actually voted to speed up the process.

So here is the problem.  The people elect “representatives” to government.  These representatives have a pretty simple job… “TO REPRESENT.”  Getting elected and sworn into office does not mean that you no longer have that responsibility.  You don’t get free reign to impose your own will on the people.  Gavin Newsom’s decision to put a moratorium on the death penalty isn’t a bad decision because I personally don’t agree with it.  It is a bad decision because the people he represents don’t agree with it…to the tune of 61%.  Gavin Newsom’s “death penalty” edict is only one of many of these types of dangerous, irresponsible and unpopular decisions.  No longer does the will of the people drive decision making, it has become the will of the individual and the special interests.

Unfortunately for the bail industry, this is a key part of what is happening in our fight.  Regardless of the facts, regardless of the statistics, regardless of the will of the people, our elected officials are force feeding bail reform through the legislative process.   They have not been told to by their constituents to eliminate bail, they are just doing it.  Why?   Who could know for sure?  But for whatever reason, whether it be pressure from special interests or a deep social belief in the inequality of our justice system, our elected officials have lost sight of their true purpose.  A purpose which should be solely focused on representing the will of the voters.

This gets me to the will of the voters and our industry, bail.  What do voters think of bail reform?  According to a survey conducted by the Pretrial Justice Institute and Koch Industries, the public loves it. In fact, they can’t get enough of it.  They don’t want “innocent” people accused of a crime to be locked up in jail before trial.  They don’t think it is fair that rich people can bail out and poor people can’t.  To be honest, if either of those things were true, I am sure that even I would support their cause.  But here is the problem, those things aren’t true.  Innocent people aren’t languishing because they are poor.  But the public doesn’t know that.  They are just believing what they are being told and the groups conducting the survey know this.  These types of surveys are designed to give the group giving the survey the answers they want.  There are always ways to get the answers you want, based on the questions you ask.  That is the problem with any proponent of an issue sharing the results of any survey.  It will always be biased.  And that goes for bail as well.

What is the truth?  What does the public really think?  The only way to find out is to have a conversation with them.  Educate them on the facts of our criminal justice system.  When consumers have the facts, something amazing happens…they start using common sense.  Every person I have discussed bail with, whether they be liberal, conservative or independent, has seen the benefit of the people having to pay for their release.  Every person I have shown the actual real data to on who is locked up in our jails awaiting trial, agrees that many of those people should not just be released for FREE.  As you can see, these aren’t biased surveys that I am paying people to take. These are honest straightforward conversations with the public about how the criminal justice system works, the need for accountability of those accused of crimes, and the importance of the public’s safety with any form of pretrial release.  At the end of the day, almost every person (more than 90%) I have spoken with, has supported the concept of financially secured release and disapproved of the concept of just letting people out for free.

Now what?  When we reach a place where understanding, facts and common sense have no meaning, what is left?  To be honest, I am not sure, however I do know that we still need to have hope.  We still need to fight.  We need to trust in the power of the people to correct the wrongs of those representatives who have lost their way.  The more we as an industry can do to continue to educate the public about the issues surrounding bail, the more they will pressure their elected officials.  The more tools that we as an industry can give the public to fight our fight the better off we will ultimately be.  The bail reform fight is more than a fight to save the bail industry.  It is a fight to save our political process.  It is a fight to save our communities.  And most importantly, it is a fight to save our country’s most valuable asset of all, freedom.