Many of you already know this, but I am a native Californian, born and raised.  I grew up in the San Fernando Valley and went to the same high school as my wife.  We now live only a few miles away from where we both grew up and we are now trying to raise our children in the same way that we were raised with all the great benefits of living in the sunshine state. 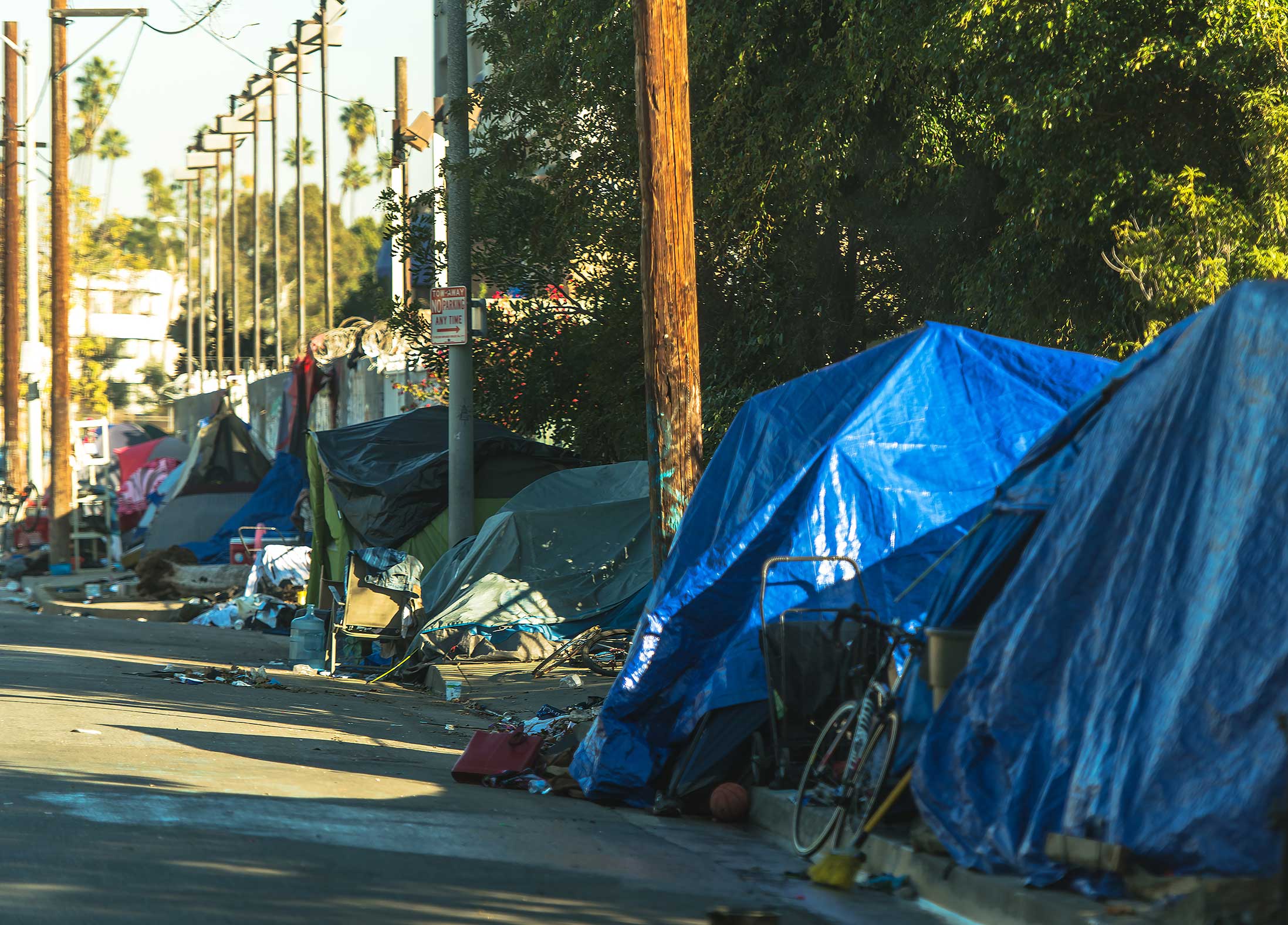 There has always been something about living in California.  It has made me feel, for lack of a better word, lucky.  I’m not sure if it is the year-round perfect weather or the beautiful and diverse topography of mountains, forests, deserts, and oceans all coming together, but there is no other place like it on earth.  You can be at the beach in the morning and surf and be in the mountains and ski in the afternoon.  I have done it.  And yes, seeing movie stars walking or driving by happens all the time here.  It really has always been one of the most amazing places on the planet to live and raise a family.

Fast forward to today, and California is no longer the shining city on the hill.  It has turned into a kingdom of homelessness, drug addiction and crime.  No longer are the unsavory aspects of life (crime, drugs, lawlessness) taking place in the shadows in so called “bad neighborhoods” they are taking place right in front of our eyes in public…in front of our children.  It is hard to go anywhere in California without being aggressively harassed by someone asking for money outside the gas station or grocery store.  It is hard to drive under a freeway overpass without seeing a tent city of homeless people.  It is hard to keep your children from seeing people injecting themselves with needles and defecating on the public street.  In my lifetime, I have seen California go from a veritable sunny paradise to a dark, dangerous out of control cesspool, where criminals have free reign to do whatever they want with little to no punishment.  How has California fallen so far?  How has California fallen so fast?  It is truly heartbreaking and sad.

As someone who has watched California’s quick and senseless unwinding, the answer to these questions is simple and quite unfortunate.  The demise of California can be fully placed on the shoulders of its citizens. For years, Californians have placed the future of their state and their families in the hand of a single political party.  This single one-sided ideological type of rule has been as effective as a single hand trying to clap.  In other words, it has been a complete failure.  California’s leadership has more resources and tax revenue than any other state in the country, yet their ability to take care of our people and keep them safe has deteriorated year after year.  While this has happened, California voters have done nothing except to continue to empower and re-elect the same ineffective leaders for no other reason than their political party affiliation.  If they have a “D” after their name, they get re-elected despite their continuous failures.  If they have a “D” after their name, they get re-elected despite their inability to govern.  For example, look at what Gavin Newsom did to the city of San Francisco while he was mayor.  San Francisco went from being one of the most beautiful cities in the world to being a city that has an app that tells you where there is human feces on the streets around you.  San Francisco has to tell its citizens to remove all valuables from their cars and make it look trashy so no one will break into it.  Think about that.  I have to make my car look like it was already broken into so that it won’t get broken into.  That is insane.  So, what did California voters do, they didn’t fire Gavin Newsom for incompetence, they promoted him and elected him Governor.  And now look at California…it has become San Francisco on a larger scale.

Now many of you might be saying that I am overreacting.  There is nothing wrong with people living on the streets or committing minor property crimes.  No one is being hurt by this.  Well, I’m sorry, that is where you are wrong.  People are getting hurt…shop owners are losing their ability to have customers visit their stores because streets are blocked with tents and human feces.  Shoplifting crimes are up everywhere, because it is no longer considered a crime to shoplift items under a certain value and violent crime is up all over the state.

As one might expect, the minor crimes that are being excused by our political leaders are evolving into bigger more serious crimes.  You give a criminal an inch and they will take a mile.  They will push the limits of any rule you create and cross the line if the punishment is not seen as a deterrent.  California’s leaders have created an environment where there is no longer any viable punishment for criminals.  And for some reason, Californian voters agreed.  They passed prop 47 which made a long list of felonies, only misdemeanors.  Why?  Because the political party they belong to told them to.  Did they read the bill before they voted?  Did they understand the long-term impact of eliminating punishment for these types of crimes?  No.  Instead, people were sold the “Safe Neighborhoods and Schools Act.”  And now retail crime is out of control and violent crimes are increasing everywhere.  Earlier this week, a young UCLA grad student was stabbed to death at work.  This should have never happened.  The accused had a long record of violent crime, yet he was out on a $1,000 bond.  So, what did this empowered criminal do with the leniency provided to him by our soft on crime leadership?  He senselessly murdered a young woman who had her entire life in front of her…for no reason at all.  It is sad, tragic, and infuriating and I blame the voters.

By now you are probably asking, what does this have to do with bail?  In my opinion, it has everything to do with bail.  Our criminal justice system is a very unique and effective system.  While robust and strong, it still requires the highest levels of sensitivity and fine tuning so that individual freedoms and rights of multiple parties are always acknowledged and considered. That is why multiple checks and balances have been placed into the system.  Bail is one of those “checks and balances.”  It allows the accused to be free from incarceration while they prepare their defense for their trial, and it provides the appropriate level of accountability and protection to the community and the victim.  Bail creates “skin in the game” and an appropriate incentive for defendants to show up for their court appearances.  When that incentive is removed, chaos and lawlessness ensue.  It happens every time, everywhere it is tried.  If criminals know there is no punishment or balance, they will adjust their behavior to get away with whatever they can.  If they know that there will be a punishment for their actions, they will more likely than not, behave.  It isn’t rocket science it is common sense and human nature.

California is on the brink.  Voters need to wake up quick and realize that voting for a political party is not the answer.  Instead, voters must vote for leaders who want to protect our communities.  Voters must educate themselves on the issues and vote for leaders that support policies that truly improve California for all the hard-working families that live there.  Voters must wake up and realize that we can’t keep doing what we have been doing any longer…it is not working.  Letting criminals out of jail for free is a bad idea.  Ignoring crime is not a way to prevent crime.  Voters need to hold elected officials accountable and clean house when they fail to do their job.  We all must learn to look past political affiliation and educate ourselves on the issues.  We must have thoughtful discussion and debate on these issues with our friends, families, and colleagues.  And then we must vote based on our knowledge and understanding of the policy.  When that happens, maybe, just maybe, California can regain its prowess and its beauty as the shining city on the hill.