Why is it that bail reform activists only think that poor people deserve to be free and out of jail? Why do they not apply their equitable justice approach to every case? Maybe it’s because they aren’t really about equal justice for all. Maybe it’s because their movement is a solution looking for a problem that doesn’t exist. Or just maybe the whole thing is complete and utter nonsense. I am going with the last one. I am convinced that these bail reform activists have no idea how bail works or how the criminal justice system is supposed to operate in the first place. 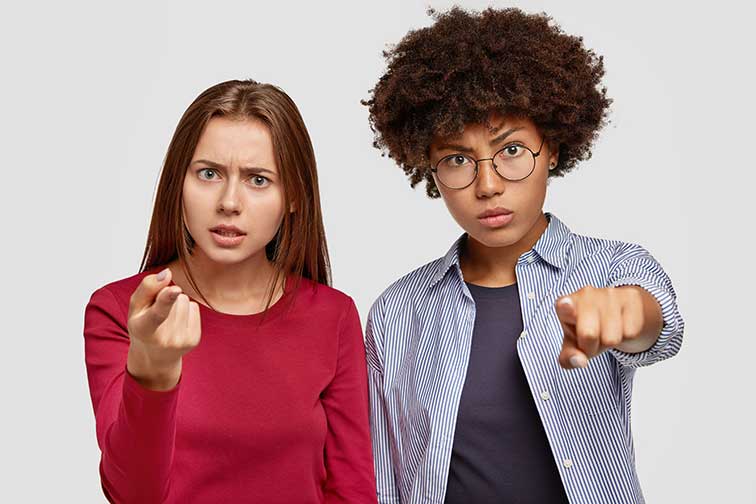 Over the past several months, the national and local news have been plastered with story after story of violent crime increasing across the country. And every news story about this increase in crime puts the blame squarely on the shoulders of failed bail reform. From New York to Illinois to California to New Mexico, so called restorative soft on crime policies have done nothing but make our communities less safe. None of us should really be surprised, these types of “hug a thug” policies have never been successful. They have been failing for decades, yet the activists keep pushing them and legislators keep supporting them. It truly baffles the mind.

At the core of all bail reform is the concept of a FREE release. This is when a defendant is just released for free without having to put anything of value up with the court. This “free” release concept has many forms and while one can’t argue that they are really good at the “release” part of the process, they fail miserably at the “return the defendant to court” part of the equation. And when bad guys don’t go to court, they typically are out in the community being bad guys.

The whole concept of these free release programs stems from their basic premise that our jails are filled with poor people who can’t afford bail. So, the logical thing to do from their point of view is eliminate the so called “money” part of the release process and let everyone out for FREE. And as I mentioned they do this in many ways. They do this through taxpayer funded pretrial services agencies that release defendants for FREE. They do this through ZERO bail policies that release all misdemeanors and most felonies for FREE. They do this through legislation and court rules that eliminates a judge’s ability to use discretion and forces them to release all defendants on personal recognizance or own recognizance bonds. And finally, they create non-profit, charity bail funds that use donors’ money to pay the cash bail of the defendant thus providing them with a FREE release. There is nothing scientific or even magical about these FREE bail programs. They just simply eliminate all accountability in the system and empty the jails of all the criminals. What a refreshing and public safety minded approach to criminal justice.

The big problem is that these bail reform activists don’t think about the outcome of their policies. They see an empty jail and they spike the football and say, “see its working.” Meanwhile the public sees an increase in property crimes, public nuisance crimes, and yes, violent crimes. It is a natural progression of criminality. You let a criminal get away with a small crime, they will continue to push the envelope until they graduate to violent crimes. But in the world of bail reform advocacy, all we need to worry about is that the jail is empty, even though the streets are starting to pile up with dead bodies.

After a long silence from the bail reform activists about the increase in crime, they finally came out this past week after a young man in Houston was killed by someone released on a $250,000 bond. The activists felt that it was time that they explained in a very articulate manner why suddenly crime has spiraled out of control. Their reason? “It is the bail bondsmen”, they shouted. They are not charging the defendants enough money to be released and therefore violent criminals are getting out of jail for very little money. Now seriously, read that sentence again, because I wrote it and I had to read it like three times. The very people that claim that the bail industry is an evil, greedy drug cartel that keeps people in jail because of money, is saying that those same people are responsible for the increase in crime because they are letting people out of jail for too little money. You can’t make this stuff up.

The ironic thing is that if this same person was not bailed out on a $250,000 bond, they would have filed a federal class action lawsuit against Harris County saying that the system was unconstitutional for setting a bond so high and keeping this poor person in jail (oh wait, they already did that). They love to blame the bail industry, they love to blame the courts, they love to blame everyone but themselves and the people committing the crimes.

What these activists fail to do, and I said it earlier, is understand how the system works. Bail agents do not decide who gets out and who stays in. The judge does that. If the judge determines that a defendant is not a flight risk and not a danger to the public, then they set a bond amount that he believes will adequately incentivize a defendant to show up for court. THE JUDGE DOES NOT AND SHOULD NOT EVER THINK ABOUT WHAT A DEFENDANT PAYS TO GET OUT. That is irrelevant and probably unconstitutional. What a judge must consider is the size of the financial penalty if they DON’T show up for court. As long as there is a party financially responsible for the full amount of the bond, then the judge should be satisfied. It does not matter how much money a defendant puts down as a deposit or pays in installments to the bondsmen. All that matters is the full amount that bail agent, the defendant and the defendant’s family are responsible for paying to the court should they fail to show up. That is what makes bail so effective. People are on the hook for a sum of money and guess what, they show up much more often than not.

For the activists to try and shift the blame of the out-of-control violence onto the bail industry is pure garbage. Do people commit crimes when out on a bail bond. Sure, it happens. Does it happen more often than when someone is released on a FREE bond with zero oversight and accountability…absolutely not. Our criminal justice system is in shambles today, but not because of bail. It is in shambles because of a lack of it. Our legislators have been duped into believing that poor people are languishing away in jail because of money. The reality is that poor people aren’t languishing away in jail, dangerous people are languishing, and the activists knowingly, or unknowingly, are releasing these dangerous criminals into our communities for FREE with zero accountability and we are all suffering because of it. It’s time for the bail reform activists to look in the mirror and realize what they have done to our communities. And instead of pointing fingers at someone else, maybe they should point it at themselves and just apologize and make things right. But trust me when I say that I will not hold my breath waiting for that to happen.