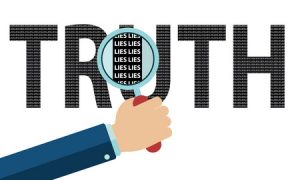 Last week I had the pleasure of attending the US District Court Hearing on the Buffin vs. San Francisco case. For those of you who don’t know, this is one of the federal lawsuits filed by the uber social justice advocate group, Equal Justice Under Law. Their claim is that bail violates the equal protection and due process clauses of the 14th amendment. The purpose of last week’s hearing was for the judge to hear and decide the summary judgement motions filed by both the plaintiff (EJUL) and the defense (California Bail Agents Association). It was supposed to be a pretty standard hearing, but it quickly turned exciting when US District Judge, Yvonne Rogers-Gonzales, unleashed a humiliating verbal smackdown on the plaintiff’s attorney, Phil Telfeyan. At one point in the discussion, the judge questioned the “competency” of Telfeyan stating,

“The way you postured this class certification motion led me to think that you don’t know what you are doing.”

Even with that, some of the harshest comments from Judge Gonzalez-Rogers were around the lawyer’s understanding of evidence. She said,

“It seems to me, you want to cut corners and you don’t understand the rules of evidence and what that means in a federal court. If you think that a District Court can just say, ‘hey let me pull something off the internet and view that as true,’ if it gets to the Ninth Circuit, do you think the Ninth Circuit will say that judge did his or her job? This is a fact-finding entity.”

Judge Gonzalez Rogers was not impressed with that statement. Obviously irritated, her response was quick, loud and sharp. She replied,

“SO WHAT? I’m just supposed to take some academic at their word? Without any examination?”

As I sat there in shock at what was unfolding in front of me, I couldn’t but help feel a little vindicated inside. Finally, someone was calling out the other side of this debate for their lack of facts. Finally, someone didn’t just want to hear their social justice drivel. Finally, someone wasn’t just blindly accepting academic opinion as fact. Now don’t get me wrong. I have no idea where Judge Gonzalez Rogers is going with this case and where she will ultimately fall on the constitutionality of bail, but based on this reaction, it appears to me that she wants to get this right. She wants to focus on facts and real evidence and won’t accept anything less from either side.

The reason I bring this up is because, just today, I read another bail reform themed article from an academic. As always, the article was not pulling punches in blaming the bail industry for the ills of the criminal justice system. The author of the article was from the University of Utah. Apparently, she is coming out with a new book on the topic of bail reform. Her shocking, or shall I say not shocking conclusion? Jails are crowded because people can’t afford a bail bond. Wow, that is original. But what really caught my eye was not the topic or conclusion, which is expected by now, but instead, it was a comment that this author made in the executive summary about the book. According to the author,

“Almost 90 percent of people who are arrested cannot get out of jail before trial just because they don’t have $200 or $500 to pay to a bail bondsman.”

Seriously? Are you kidding me? 90% of people in jail are there because they can’t afford a bail bond. I can’t think of a quicker way to discredit yourself than to publicly make a claim like that. What it tells us is that this author truly has no idea whatsoever about the bail industry, our jail system or how the criminal justice system works at all. To make an absurd claim that 90% of people can’t afford a bail bond, flies in the face of every bit of data out there on not only bail, but on jail population data in general.

From Department of Justice studies, to local jail data, to even the traditional talking points of those that support bail reform, no one has ever been as bold or misleading to make a claim like that. I would really like to see where the author got that number from and how the 90% was calculated. Because I would like to share some real data with her. For example, I would like to share the study that was recently conducted by the Los Angeles Sheriff’s Department that showed that less than 2% of arrestees were low level, non-violent offenders even eligible for bail.

As you can see, that is a far cry from 90% or even 70% (the traditional percentage thrown out by those that support bail reform). Are we really supposed to take this type of research seriously? Are we really supposed to feel safe in our communities knowing that this type of research is being used to shape criminal justice policy? It is troubling for sure. At a minimum, these types of academic studies really make me start to question the validity and credibility of, not only the author, but the Universities of higher education that they represent.

But seriously, this is what is so frustrating about this entire debate. Since day 1 of the social justice bail reform movement, there has been an onslaught of research, articles and opinion pieces written about the bail industry. Each of them having the all too common theme of blaming bail for the problems in the criminal justice system. Also, each having a complete lack of facts and truth.

I have written about this before and have said this a thousand times and will continue to say it until people truly understand. In my opinion, this bail reform movement is not about the truth. It is not about facts. It never has been. It is a movement built on a strategic set of talking points designed to point the finger on the bail industry at all times and for any and every reason whatsoever. They use academics because the real data and statistics don’t align with their message. They try to create “facts” by asking academics and researchers to issue statements about race, wealth and inequality and tie them all back to the evil bail bond industry. The result…bail causes jail overcrowding. Bail causes racial injustice. Bail causes war in the Middle East. Bail causes cancer. Any and every bad thing in the world is now the fault of the bail industry because an academic said it is.

At what point will these fact-less, misinformed statements be finally exposed for what they are? At what point will people demand the truth and the real facts of what causes jails to be overcrowded? We can only hope that we are quickly approaching the tipping point for this debate. The point where we see the debate being judged based on facts and the law, and not just opinion. Whatever the future holds for this the bail reform movement and the bail industry overall, at the end of the day, we know that the truth lies on our side. We know the facts support our position. And with those things on our side, I can sleep well knowing the truth will hopefully prevail.