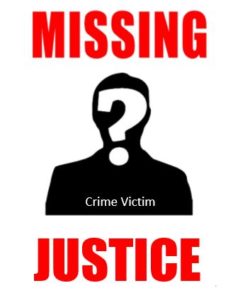 For the past several months I have been lucky enough to do some work with a woman who is a true advocate for justice.  She spends countless hours trying to defend those people who can’t defend themselves.  She gives up her personal time to make sure that those in trouble always have a person to talk to.  She spends every last dime she has to make sure that nobody goes without during the Holidays. Why does she do it? Because without her, there would be no one else. In my mind, she is the best kind of hero and advocate.  She is an advocate for victims of crime.

You would think that everyone would want to meet a person like this.  Everyone would want to help someone like this and help as many people as possible.  You would think that even the government would want to make sure that someone like this has the resources they need to help hundreds, if not thousands, of people this holiday season.  Unfortunately, the sad reality is that someone like my friend struggles to get the resources she needs to do the amount of good she is capable of. Why?  Because right now in our society, the person receiving the help isn’t the crime victim but rather the person who has perpetrated the crime.  Societies heart strings are pulled not for the family who has been robbed, but for the so called “poor” criminal who supposedly was only stealing to feed their family (even though they weren’t caught stealing food).

Even this past week watching the tragic Kate Steinle verdict… the narrative was all around whether the accused was going to be able to get a fair trial, as opposed to whether the Steinle family was able to get a fair trial.  In my opinion, this is a perfect example of the focus being put on the wrong person.  Please don’t get me wrong.  All people need to be treated fairly, but we can’t put aside common sense and tip toe around political correctness at the expense of the life of a young innocent woman.  It is wrong, and it is unjust.

We are in a dangerous place as a society and as a country.  In our attempt to help those who are in trouble, we have gone too far and distorted our view of right and wrong.  Instead of teaching our children not to break the law, we have decided to create excuses for why people break the law.  And instead of holding these people accountable, we have decided to lower the bar of accountability as to not offend or discriminate against them.  We have created a culture of excuses, where people can do whatever they want and face no repercussions for their actions.  All the while, the real victims sit in silence being re-victimized over and over again, wondering where are the leaders that promised to protect them…where are the laws that exist to keep them safe from the bad guys?

As I start my fifth paragraph of this novel, you are probably wondering what in the world this blog has to do with bail reform.  My answer is it has everything to do with bail reform.  The Bail Reform Movement (as they call it) has a narrative built around false stats and misguided advocacy.  It bases its arguments simply and incorrectly on race, wealth and social justice and ignores the basic rules of law.  We are quickly slipping away down a path of lawlessness and crime in this country.  No better example of this than with Senate Bill 10 in California.  This criminal friendly bill will be the final nail in the coffin for public safety. Over the past 5 years, what was once the great state of California has become a haven for criminals willing to break the law.  The citizens of California have had to listen to the false narrative of criminal justice reform and have been duped by our elected officials into passing some of the most dangerous and ineffective public policies ever.  Thanks to AB109, Proposition 47 and Proposition 57 public safety has become a thing of the past and criminals roam the streets committing crime after crime with no recourse.  I am not sure why our leaders are making such poor decisions, but these continuous soft-on-crime policies are making it pretty much impossible for bad guys to do anything wrong…especially since we keep redrawing lines they shouldn’t cross.

The bail industry has become the easy target of this progressive soft-on-crime bail reform movement.  Our crime is simply being a for-profit industry in the criminal justice system.  That is it.  Couple that with a bad guy image that has been created for us by Hollywood and you have the perfect scapegoat for why people are locked up in jail.  It is because of the greedy, capitalistic for-profit bail industry.  The reality, however, is far less dramatic than that and it is pretty much based on common sense.  People are in jail because they are accused of committing a crime.  That is it…the facts and nothing but the facts.  But that common sense fact throws these social justice advocates into a tizzy.  That is why they fight it so fiercely.  They combat common sense with make believe fairy tales of good hardworking poor people who are only being locked up because society wasn’t good enough to them.  They spin false narratives like, “poor people are being locked in cages.” They say, “people are innocent until proven guilty and are being held while they have not been convicted of a crime.”  They say, we are greedy, international insurance conglomerates making money off poor minority communities.”  The list of anti-bail talking points goes on from here and you don’t have to look far to read an online story about how horrible the bail industry is how they are responsible for all the ills of society.

The reality of the criminal justice system is much different than the tall tales being spun by the anti-bail advocates.  People aren’t locked in cages because of race or wealth…they are held because they have been accused of a crime.  They are being held not in violation of the doctrine of “innocent until proven guilty,” but rather because they were arrested based on probable cause from a law enforcement officer.  Bail agents aren’t taking advantage of women, minorities and poor communities, but rather the bail industry is helping those underserved groups secure the release of a love one while maintaining a promise to the court and the community of that defendant’s appearance in court.  A promise which is the true fulcrum of the scales of justice that perfectly balances the rights of the defendant and the rights of the community.  An important fact behind why the bail industry is so essential to our justice system.

In order to be successful, the advocates must paint our industry with the evil brush and position us as the primary source of all incarceration in this country.  They must also be able to position the criminal as the victim so that society feels so guilty they will do everything they can to help them.  Unfortunately, these false “victim” and “evil bail bond industry “narratives have caught on with legislators and Chief Justices around the country at the expense of the bail industry and most importantly, victims and public safety.

This isn’t rocket science folks.  It is common sense.  It is right versus wrong.  It is time for our decision makers to put things back in perspective and focus on public safety and taking care of victims of crime.  The bail industry is not the problem.  The use of money in the criminal justice system isn’t the problem.  CRIME is the problem.  Instead of giving excuses to criminals and teaching our kids to be unaccountable for their actions, we need to educate and enlighten them about not committing crimes in the first place.  Instead, let’s focus on education and families.  Let’s focus on giving everyone the opportunities they need to be successful.  When we can stop the crime problem, we won’t have an incarceration problem.

Then, and only then, we can begin to make sure that the people who commit themselves to helping victims of crime have the things they need to help others heal and survive.  If you are going to reform the criminal justice system, there needs to be a place for victims.