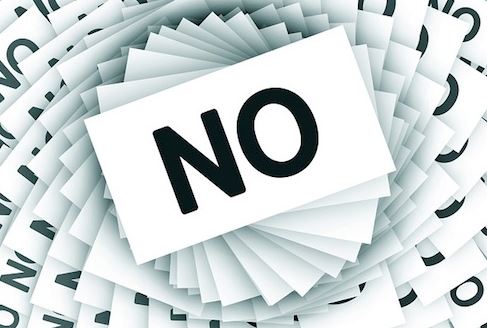 A little over a month ago, I wrote a blog about an online poll conducted in Delaware. The poll was asking the public should the state end its cash bail system. Maybe surprising to bail reform proponents, but not to anyone in the bail industry, the public overwhelmingly voted “No” to end cash bail in Delaware. The poll tally as of November 10, 2015 was 54% were against ending cash bail compared to 37% in who were in favor. As you can see, a pretty telling difference between what the public wants and what proponents of bail reform are pushing. Unfortunately despite this type of public opinion, legislators are still pushing unwanted and ill-advised changes to the system.

Last week another state dealing with bail reform, New Mexico, also conducted a public poll. Similar to the Delaware poll the results of the voting supported the exact opposite of what many legislators are pushing for. The public was asked two questions. First, do they support giving judges more discretion to hold criminals determined to be dangerous without bail. Overwhelmingly the public said “YES.” This concept is one that we can say is supported by everyone. In fact, the bail industry has always supported this position on holding dangerous defendants in custody. It only makes sense that if one of the goals of our criminal justice system is to protect the public, than it should be able to hold defendants deemed too dangerous. The second question asked in the poll had to do with the release of everyone else that was not deemed dangerous. Specifically the questions asked, “Do you support the release of defendants without bail if the defendant shows that he or she cannot afford bail?” Once again, much to the surprise those who support public sector pretrial programs and free release, the public overwhelmingly opposes the release of defendants because they are simply too poor to afford bail. In fact, 66% of people opposed this concept. With so much dissenting opinion on the topic, it really makes you wonder why legislators are pushing this topic.

At some point, our elected officials are going to have to start listening to the public. In the current “criminal is the victim “state of mind of our decision makers, it is time for the public to stand up and demand justice. It is time for the public to demand that they be protected from those individuals who have been accused of breaking the law. It is time for the public to demand that accountability be maintained in the system. Justice is supposed to be blind…blind to race, blind to money and blind to social status. While much of the discussion around the criminal justice system has addressed the failures of the system to adhere to these concepts, we have to be careful to not forget that the criminal justice system also has a responsibility to the public. While fairness and equality are absolutely necessary to maintain the integrity of our system, we can’t be myopic about what those concepts mean. We need to understand that the public is just as deserving of those concepts and their needs must be addressed in any discussion of criminal justice reform.

I understand that many people have a pretty negative image of the bail industry. Our portrayal through the lens of entertainment has given the profession a layer of dirt that it might not ever be able to brush off. But ultimately, that image shouldn’t matter. What does matter is that bail serves an essential role in the criminal justices system. One that not only ensures justice for the defendant by making bail more attainable for the families of those accused of a crime, but also more importantly, a role that ensures justice for the public and ensures that each and every defendant released on a commercial bond will show up for court to have their case heard and have justice served. That is what our public officials need to think about. They need to think about what is good for the public. They need to think about why we have laws in the first place. They need to think about what it is their job as a public servant really is about. Then and only then can they say that they are truly representing the people that elected them. Then and only then can they truly begin to solve the problems facing our criminal justice system in the most effective and fair way possible.

Bail: A No Free Lunch Business

None of us are naive. We all understand that danger…