AGENT SPOTLIGHT
By Sue Doyle
With an estimated 14,000 bail agents working in the United States, competition for business is strong, and survival relies on bondsmen always looking for new ways to provide the best service in town. At the recent AIA Southern Midwest Region Agents Conference, some agents explained their day-to-day business strategies that keep them ahead of the competition. Some methods meant taking a chance on new services, while others drew on old skills and used them in a new way. 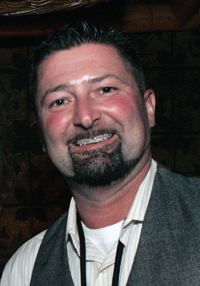 Bryan Nester
With a burgeoning Spanish-speaking population in the U.S., court hearings can get bogged down while officials look for translators to assist the accused. Having become impatient with these delays happening over and over, bail agent Bryan Nester of Vancouver, WA recognized the vital need for a specialized service to help Latinos in the courtroom. That’s when he launched La Fiánza, Spanish for “bail bond.” In operation for about three months, the thriving business offers immigration bonds, federal bail bonds, out-of-custody bail bonds and interpreter services in court. “We thought it was a niche that hasn’t been filled,” said Nester. “We see a need for it, and it has taken off.” Nester’s 12 years in the bail bond industry have given him tremendous insight into the system and how it can work better. For him, it led to a new business venture. He got his start in the business in 1995 when he was a college student working for a surety company. Five years later, he branched off on his own and launched A-Affordable Bail Bonds. Looking for ways to streamline his work, Nester developed an in-house software system to file documents and other bail information on computers. It keeps data all in one place and accomplishes another one of his goals – to get as far away from paper as possible. 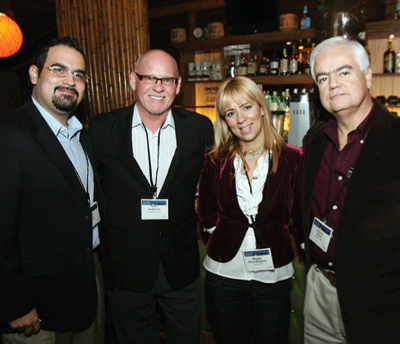 The Ralat Family
Nearly 1,900 miles away in Puerto Rico, a family of working criminal lawyers came upon an idea to save time in court. The Ralats realized they could eliminate the middleman for bail bonds and open up the business themselves in conjunction with their law practice. Today they run Chapman Bonding. It’s a one-stop shop for clients with Magda Ralat-Ballester running the bail bond end of the business while her father Jose Ralat, brothers Jose E. Ralat and Jose A. Ralat serve as lawyers. They also provide interpreters in the courtroom. “We use the tools we have to our own advantage,” said Jose E. Ralat. “We can say with certainty that we do our business very efficiently.” Since Ralat-Ballester primarily works with bonds, she cannot work as a lawyer, as it would be a conflict of interest. So for the last two years, she has stepped away from the practice. It’s a career switch she enjoys. ”I never saw myself doing this in law school,” said Ralat-Ballester. “But I like it very much.” 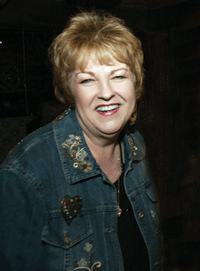 Janice Wagley
As a registered nurse, Janice Wagley of New Braunfels, Texas, started her career by working in adolescent psychiatry. Then she worked in the prison system where she learned about the criminal mind and inmates’ needs. For years, health was her passion. But after her sister Patricia Harris passed away in 1998, Wagley took over her sibling’s bail bond business – A Amigo Bail Bonds. In the process, she has discovered a whole new zest for life, because all the components of her previous professions come into play each day at work with clients. “I’ve gone full circle,” said Wagley. “It’s a cycle with people.” Her people skills and nurturing ways assist Wagley on the job, where emotions can run high when loved ones are behind bars. She often sees the same people with multiple arrests over and over along with their circle of family and friends. Other times, it’s multi-generational, as when she bonded out a young man and now his grandfather is in jail. Whatever the case, Wagley makes a point of sitting down and listening to the families and understanding their needs. She strives to make the whole court process manageable for loved ones and offers sage words for the folks out on bail. “Freedom is a very valuable commodity that we forget,” she said.