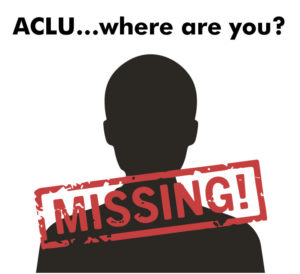 Typically, when I write bail reform related blogs, I like to focus on the victim side of the issue. Not just because it is the right thing to do, but it just seems that no one is concerned about it or doing anything to protect victims in today’s friendly criminal justice system. If I am not writing from a victim perspective, I am usually writing the blog from the bail industry perspective. I’d focus on the industry’s effectiveness, its zero cost to counties, its ability to hold criminals accountable, and other “facts” that support why financially secured release is essential to maintaining an accountable and fair criminal justice system.

But today’s blog is a little different. Instead of approaching it from a bail industry perspective or victim perspective, I am going to try and do what our opponents do, approach this argument from a defendant standpoint. And I am going to focus on their favorite theme, FAIRNESS. In order to do this, I am going to ask one simple question…”ACLU…where are you?”

All over the country, bail reformers are advocating for the use of so called, “evidence-based” risk assessments. These magical tools utilize computer algorithms to determine the future. Yep, they are that good. According to those that support these tools, they can tell you whether a defendant is going to show up for court or not and whether they are going to reoffend. Isn’t that amazing? In theory, yeah, it’s great, but in reality, it’s nothing but scientific fantasy with ZERO evidence of success. And to top it all off, these so-called evidence-based tools are being proven to be racially bias. So, I ask again, “ACLU, where are you?”

Each of these California pilot programs will use the Public Safety Assessment tool created by the John Arnold Foundation. John Arnold, himself, has come out publicly stating that these risk assessments have limitations. California continues to move forward despite the warnings. “ACLU…where are you?”

Twenty-seven of the top researchers in the area of predictive algorithms issued a report about a month ago and sent letters directly to California’s leadership (California Senate and Assembly representatives, the Judicial Council and The Los Angeles County Board of Supervisors) warning them of the racial bias inherent in these risk assessment tools and their propensity to perpetuate inequities in the system. California continues to move forward despite the warnings. “ACLU…where are you?”

Eighty of the leading technology experts and organizations issued a report recently stating that risk assessments were ineffective and had gross limitations in accurately predicting human behavior in the criminal justice system. California continues to move forward despite the warnings. “ACLU…where are you?”

As many people know, the California Legislature passed Senate Bill 10 in 2018. This bill would completely eliminate the use of financially secured release in California and replace it with a system that utilizes these problematic risk assessments. At that time, the ACLU and over 100 other civil rights organizations came out against SB10. Despite all their objections, the bill still passed out of the legislature and was signed by the Governor. Only a few months later, over 500,000 Californians signed a petition to put SB10 on the ballot and let Californians decide its fate by voting for it or against it. By the way, the ACLU was nowhere to be found during the signature gathering process…they were silent.

And now in the face of reams upon reams of research and testimony upon testimony on the ineffectiveness and racial bias that these risk assessments perpetuate in the system, California moves forward and the ACLU is silent.

Now I am not a social justice advocate by any stretch of the imagination…and I know that might shock some of you out there. But I do believe in fairness. I do believe in equal opportunity for everyone. And even I can see the lack of fairness in these proposed solutions. If I can see it, and technology experts can see it, and academics can see it, then why can’t our elected officials see it? And if they can’t see it, where is the ACLU to help them see it?

According to the ACLU website the organization is committed to working to defend and preserve the individual rights and liberties guaranteed by the Constitution and laws of the United States. If that is the case, where are they when Californians’ constitutional right to bail is being threatened? Where are they when Californians’ are being detained and released by racially biased algorithms? Where are they when counties are pushing forward solutions without listening to the will of the people? If there was ever a time for the ACLU to speak up, now would be it. And still, nothing. So, I will continue to ask, “ACLU…where are you?”