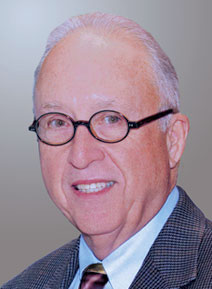 Jerry Watson has long been recognized as an expert in Commercial Bail Bonding.  He serves as the Vice President to AIA, the nation’s largest bail surety administrator and he is Senior Vice President and Legal Counsel for Bail at International Fidelity Insurance Company, the country’s oldest and largest bail underwriter. Jerry is also a past Chairman of the Private Enterprise Board of Directors of the American Legislature Exchange Council (ALEC) – America’s largest nonpartisan membership organization of state legislators and private sector leaders. He has also served as legal counsel to the American Bail Coalition, the national trade association of bail underwriting insurance companies. He is a member of the Bail Advisory Council of the Surety and Fidelity Association of America.

Jerry’s undergraduate and law degrees are from Baylor University and he is a graduate of the National College of Criminal Defense Attorneys and Public Defenders. He has testified numerous times as an expert on bail in various state and federal cases. He is a long time member of the American Bar Association where he is a published author. Many articles on the subject of bail have been written by Jerry and all are available upon request.

In his 45 years in the bail industry, always as an attorney, he has represented local retail agents, general agencies, insurance companies and insurance companies’ trade associations before state and federal courts and regulatory agencies. He has drafted and testified in favor of pro-bail legislation at the state and national levels for most of his career, and continues this work today. Jerry remains a strong national advocate for commercial bail bonding as a presenter at continuing education seminars for attorneys, judges, and professional organizations.

What’s Behind the Paper?