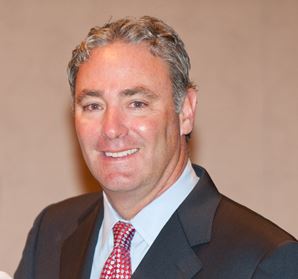 Brian Nairin joined Associated Bond and Insurance Company in 1991 where he began as General Counsel and appeared in court over 1,000 times on bail-related matters.  Brian is a nationally recognized expert in bail law who graduated with honors from Loyola Law School and was admitted to the California Bar in 1989.  He began his legal career with Brobeck, Phleger & Harrison Law Firm where he handled complex corporate and real estate transactions for major corporate clients.

In 1997, Brian became President of Associated Bond. In the same year, he was elected President of the National Association of Bail Insurance Companies (NABIC), which was recently replaced by the American Bail Coalition (ABC).  Brian continues to serve as a Founding Member and Vice-President of ABC.

Brian Nairin also serves as an officer of both International Fidelity Insurance Company (IFIC) and Allegheny Casualty Company (ACC).  In 2003, the bail underwriting functions of IFIC and ACC for the entire United States were moved to Calabasas in 2003 under the direction and leadership of Brian where he became President and CEO of what is now the AIA family of companies.

Additionally, Brian has served as the primary educator for the California Bail Agents Association’s (CBAA) continuing education curriculum.  He has also taught bail law to over 1,000 agents as part of a mandatory continuing education program required by the California Department of Insurance.  He has been a featured speaker at private and public sector trade associations regarding the role of bail in the criminal justice system. Moreover, Brian has been retained to serve as an expert in numerous litigation and regulatory matters relating to bail, including testifying before legislative and regulatory committees throughout the United States.  He has also served on the Board of Directors of Strike Back! – a national non-profit organization dedicated to criminal justice reform.

Brian lives in Calabasas, California with his wife and three children.