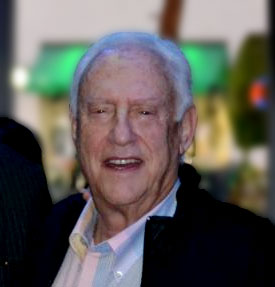 Robert “Bob” Nairin has been with Associated Bond and Insurance Agency since 1965 – shortly after graduating from Loyola Law School.  He came to work as General Counsel and was charged with handling all legal issues of the company and its agents.  In 1969, Bob became a principal at Associated Bond, along with his partners at the time:  Joe Joblin, Harry Goldstein and Associated’s founder, Harry Rubin.  Over the years, through his efforts and those of his partners at Associated, many agents’ businesses have been saved from the brink of disaster and flourished.  Bob has also been significantly involved in California politics for over 30 years and has, in turn, affected much of the existing bail legislation through lobbying and advocating in Sacramento.

Along with his son, Brian, Bob acquired complete ownership of Associated Bond in 1997.  AIA is now a family-run business whose principals also include Bob’s son, Jeffrey. Bob is a founding member of the American Bail Coalition (ABC) and took a significant leadership role in forming the Los Angeles Bail Agents Association (LABAA).

He has been married to his wife, Florence for 47 years, has three sons and eight grandchildren.